We are providing consultations via PHONE or VIDEO conferencing for your safety during this difficult time.
Please visit our COVID-19 Response Page for more information. 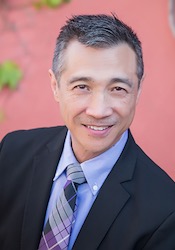 J has had his own immigration law practice in Southern California since 1996. J’s practice is devoted exclusively to immigration and nationality issues, focusing primarily on family-related cases, entry-exit issues, treaty investor and trader visas, intra-company transferees, and hardship and national interest waivers. He also pioneered the counseling and representing of same-sex and non-traditional multi-national families.

Because so many immigration attorneys practice solo, J Craig Fong and Romben Aquino wanted to create a law firm in which two attorneys can consult and advise, especially for difficult or unusual cases. Immigration and nationality law has a become far too complex for one attorney to know it all. The Fong & Aquino philosophy of “two heads are better than one” allows us to strategize and create solutions for problematic cases.

He is admitted to practice in the State of California and before the Supreme Court of the United States.

J was educated and trained at Yale, the University of Pennsylvania, la Universidad Complutense de Madrid, and the Coro Foundation. J, his husband, and their two cats live in Monrovia and split their time between Southern California and Paris, France.

J.D., The Law School, The University of Pennsylvania, 1981

Jurisdictions Admitted to Practice California, 1982
Supreme Court of the United States of America, 1991 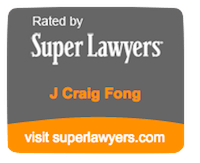